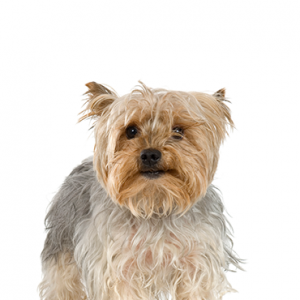 Better known as the Australian silky terrier, this dog is a small-sized breed of terrier dogs. Although this dog was developed in Australia, its ancestral origins can be traced back to Great Britain. This dog comes in different color variations such as; Grey & Tan, Silver & Tan, Silver Black & Tan, Black & Tan, and Blue & Tan. this dog is closely related to other dog breeds like the Yorkshire terrier and the Australian terrier. The most distinctive feature in these breeds of dogs is their straight, silky and shiny coats. Discover more about our Silky Terrier puppies for sale below!

The silky terrier is known to be a very active dog. It loves to run and play, it is also very friendly and as such, thrives well as a pet, because of its smallish nature, the silky terrier is usually referred to as a toy dog. However, it is popular for its high level of intelligence. They are also good for hunting vermin. The only issue that comes with a silky terrier is that it barks a little too much. Its incessant barking is sometimes a real pain. Also, the silky terrier doesn’t like to be left alone to deal with boredom.

Although the silky terrier is a very social dog, it thrives well in apartments. This doesn’t mean that it doesn’t do well in bigger houses, but because of its size, it is believed to be the perfect fit for an apartment house. The silky terrier loves to play, so a small backyard wouldn’t hurt. However, great care must be taken to ensure that it’s not running off. The best way to keep it in check is to build a good fence in the backyard, to help ensure that the dog is safe. usually, this dog is a perfect fit for a person who lives alone in a small house and would love to experience the world on his/her own.

The unregulated breeders who are selling outside of the USDA regulations and without a license are what we consider to be “Puppy Mills.” We are committed to offering Silky Terrier puppies who will grow up to become important members of your family. We only purchase puppies from the very best sources, and we stand behind every puppy we sell.

The silky terrier doesn’t shed too much

Yes, it thrives well with people who live alone. However, it might act in an aggressive or territorial manner with any other pet that belongs to its owner.

The life expectancy of the silky terrier is between eleven to fourteen years.

Yes, because of its high energy level, the silky terrier will dig a lot.

The silky terrier likes to be in the water. However, it is not advisable to let it stay there for long. The reason is that its coat may weigh it down and tire the dog out.

At most once a week, which is quite harmful to it as it may dry skin out.

The Silky Terrier does not drool.